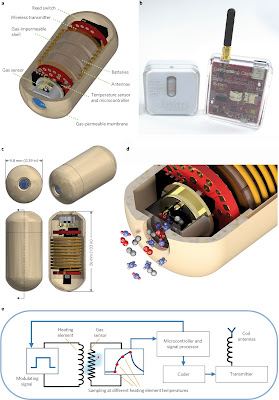 Researchers from the RMIT university (Royal Melbourne Institute of Technology) in Australia designed a capsule, which is about the size of a pill that transmits information in real time from the intestine of the patient that ingests it.

Within the intestine, the small device starts to detect and measure the gases that are produced and that information transmitted to a smartphone.

The goal, according to the researchers, is that the sensor provide information of unprecedented accuracy, to diagnose with greater effectiveness disorders and gastrointestinal diseases.

According to its inventors, its trials in people were converted in the first live broadcast from the intestine without having to appeal to invasive procedures.