The trademark of YouTube does not pass through its best days. From time to time, the platform has an angry revolt internal standard-bearer for its principal creator of content and seconded by so many others, enough long-winded or outraged as to denounce the new model of distribution and control of advertising. 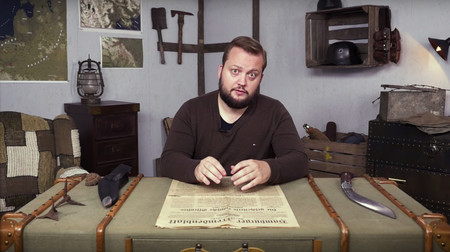 The source of the problem, as we have in his time, is located in the veiled threat that numerous companies took to YouTube when, at the beginning of the year, they discovered that their ads were displaying on videos anti-semites or apologists of ISIS: or you put a hand to the algorithm to filter the content, advertising or we leave without our juicy investments.

The solution of YouTube, it was simple. To prevent a video from Procter & Gamble ended up associated with one supremacist chose to divide the channels in different categories in function of their content. Do you speak of little things thorny and potentially non-conflicting? The label of «family-friendly» will allow you to continue entering in the modules of advertising. Do you include sexual jokes, insults, or talk of topics uploaded tone? What would have more difficult.

Until here, nothing new. YouTube caused a large part of the most popular channels, themed teenager and by default profane and something asalvajados, lose part of their income during their first few months. The situation stabilized, but did so at a high price: if well be listed in the wrong category will not cast out of the circuit advertising, the rhythms of review and filtering they slowed down.

The income lost by the filtering

Is that in your video today you have explained to the guys behind The Great War, a fantastic channel informative and dedicated in exclusivity to the First World War. Given that your theme is by default bloody and takes on sensitive issues, the ads are only displayed once the filter is enabled by YouTube.

Now, if before the review process, filtering, and final approval only lasted for about three or four hours, the greater caution of YouTube and the biggest queue of revisions derived from the Adpocalypse has triggered the timeout. What does this mean? That until your video is not approved (and has surpassed 10,000 visits) will not play ads on top. So you have two options: or not to publish until the filter has been exceeded or publish and lose the first few visits without ads.

As explained from The Great War, when a video grows very quickly during the first few days (because, as is your case, your audience is very loyal and has the notification activated), it is likely that the first ten thousand, twenty thousand or thirty thousand visits are made without advertising. Before an alternative is impossible (to reduce the rate of publication of the channel, which desengancharía to their viewers), The Great War launches the videos and pick up the crumbs when they have passed the filter.

The problem is acute for them because a significant portion of their revenue pie is intimately linked to the YouTube ads. The slowness of the process has led to that have dropped drastically over the past few months, putting a worrying question mark over the viability of the project.

Like many other channels arising at the mercy of the fabulous boom of YouTube, The Great War is more akin to a television program that to a mono channel-staff use of Wismichu or ElRubius. Each week, both the production team as the presenters are working on scripts, dramatic re-enactments, graphics and interviews varied that they allow their followers to see stories inside of a Mark IV or to follow in real time what happened 100 years ago is accurate.

The documentation work and production that sustains The Great War costs money. Because creating content, such as YouTube knows and reward, costs money. Now, not all creators have access to the support programmes of the platform. And the hardening of the filters from Adpocalypsis has put many channels of educational or informative to the foot of the canyon.

In the case of The Great War the concern is important, but not transcendental. Aware that the new YouTube policies could be put in danger, the producers of the channel opted for an open alternative channels of funding. The most important thing is Patreon, which they confess to get most of their income, and the one that generates the bulk of its benefits. However, the margin of cost-benefit is very small, and YouTube ads are side but key.

In a context so tight, all help is little, hence the loss of income due to the filtering system have consequences so harsh.

The short-to medium-term consequences for YouTube have been several. The first is the open revolt of many of their creators most popular, as H3h3Productions or PewDiePie, who have shown warring with the platform throughout the year. In terms of image, the problem for YouTube is great. In terms of market share, small: the more that draw audiences in the millions, depend on YouTube to get to them.

In parallel, the situation has caused that many of the channels to opt for alternative ways of funding (and therefore on the way of creation and dissemination of their content outside of YouTube), when not to remove or cripple your entire channel.

One of the most paradigmatic cases of the situation arising from Adpocalypsis is that of Real Women, Real Stories, a channel dedicated to situations of abuse and mistreatment suffered by women all over the world in the first person. As the content was issues such as sexual abuse or rape, Real Women Real Stories fell on the wrong side of the categorization of content, its income collapsed and the project entered into the danger zone.

Fortunately, he continued to live. But for small channels with low resource situations like those of The Great War can turn into dramatic, issues by laminating the very good quality content from YouTube, informative and educational in many ways, that can’t be kept no more thanks to the figures unattainable in the star world.